This author has not yet filled in any details.
So far bpereira has created 2 blog entries.

Dr. Luiza Grazziotin’s work on JIA has been highlighted by Arthritis Society Canada as a Top 10 Research Advance of 2022.

What it’s like to be diagnosed with arthritis at 13

For the past 6 months, Natasha Trehan has been working with the Canadian Broadcasting Corporation (CBC) on creating a documentary about her story. We are excited to share “If it weren’t for my friends, I wouldn’t have survived” which has now been released on CBC News alongside the article “What it’s like to be diagnosed with arthritis at 13”.

She was also interviewed on CBC Ottawa Morning radio. You can stream her interview segment here. 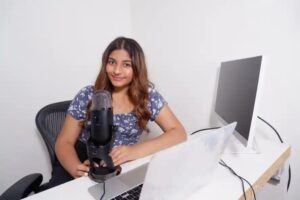